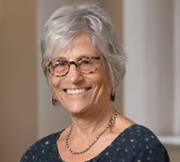 Linda Gordon was born in Chicago but considers Portland, Oregon, her home town. Her early ambition was to become a professional dancer but when she found she wasn’t good enough, she packed that in and went to college at Swarthmore. Then she did graduate study in Russian History at Yale, receiving a Ph.D. in 1970. She published her dissertation on the origins of the Zaporogian (Ukrainian) cossacks, but soon left that region behind to become one of a pioneering generation of historians of the US examining women and gender. An active participant in the women’s-liberation movement of the late 1960s and 1970s, she and her long-time collaborator Rosalyn Baxandall edited two books providing crucial views of that movement’s contributions: America’s Working Women (Random House/Vintage 1976 and 1995) and Dear Sisters: Dispatches from Women’s Liberation (Basic Books, 1995).

Gordon taught first at the University of Massachusetts/Boston and then at the University of Wisconsin/Madison where she was awarded the university's most prestigious chair professorship, the Vilas Research Chair. Today she is a professor of history at NYU, teaching courses on gender, social movements, imperialism and the 20th-century US in general. She has won many prestigious awards, including Guggenheim, NEH, ACLS, Radcliffe Institute and the New York Public Library’s Cullman Center fellowships.

For the first part of her career, most of Gordon’s writing examined the historical roots of contemporary social policy debates in the US, particularly as they concern gender and family issues. Her first book, Woman's Body, Woman's Right: The History of Birth Control in America (Viking/Penguin, 1976), published in 1976 and reissued in 1990, remains the definitive history of birth-control politics in the US. It was completely revised and re-published as The Moral Property of Women in 2002.

In 1988 she published a historical study of how the US has dealt with family violence, including child abuse, book, spousal violence and sexual abuse. Heroes of Their Own Lives: The History and Politics of Family Violence (Viking/Penguin, 1988) won the Joan Kelly prize of the American Historical Association. Gordon served on the Departments of Justice/Health and Human Services Advisory Council on Violence Against Women for the Clinton administration (a council abolished by the Bush administration).

Her history of welfare, Pitied But Not Entitled: Single Mothers and the History of Welfare (Free Press, 1994), won the Berkshire Prize and the Gustavus Myers Human Rights Award. She was active with the failed campaign of a group of scholars of welfare protesting the repeal of Aid to Families with Dependent Children in 1996.

Changing direction, Gordon explored narrative, or story-telling history as a way of bringing large-scale historical developments to life. A westerner herself, she wanted to write stories that would help to counteract the east-coast bias in the way American history has been told. Her most recent book, The Great Arizona Orphan Abduction (Harvard University Press, 1999), the story of a vigilante action against Mexican-Americans, won the Bancroft prize for best book in American history and the Beveridge prize for best book on the history of the Western Hemisphere.

Her biography of photographer Dorothea Lange (Dorothea Lange: A Life Beyond Limits) published by W.W.Norton in 2009, won many prizes: the Bancroft prize for best book in US history (making Gordon one of a very few ever to win this award twice); the Los Angeles Times Book Prize for Biography; and the National Arts Club prize for best arts writing, to name a few. In the process of researching that book, she discovered an important group of Lange photographs long unnoticed and never published: photographs of the internment of Japanese Americans during World War II, commissioned by the US Army but then impounded because they were too critical of the internment policy. Gordon selected 119 of this images and published them, with introductory essays by herself and by historian Gary Okihiro, as Impounded: Dorothea Lange and Japanese Americans in World War II (W.W.Norton, 2006).

She continued her work on women's movements in Feminism Unfinished (2015) and returned to her interest in photography in Inge Morath: An Illustrated Biography (2018). Her study of the 1920s Ku Klux Klan, The Second Coming of the KKK (2017), investigates some of the historical roots of today's white nationalism.

She has won many awards, prizes and fellowships. A full c.v. can be found at http://history.fas.nyu.edu/object/lindagordon.html


She can be contacted at Linda.Gordon@nyu.edu.